The new weekend plan: a family hike. Preferably a hike we’ve never been on before. Today, Moss Lake. In the paper last Sunday, the Seattle Times highlighted a hike that has an old fire lookout. We thought that would be cool to take the kiddos to see. Brian read the article and when I asked him the name of the hike, he said it was Moss Lake. I found Moss Lake on the Washington Trails Association site and discovered it was near us, here in Carnation. Well… turns out the hike in the paper was actually Ross Lake. Since Moss Lake was close by, we kept our plan to go there.

It is a beautiful area. And the trail is nice. The lake is pretty but there isn’t much shore to hang out on. We saw signs of bears and deer, and there were several birds and slugs (always a hit). The lake has several bullfrogs who immediately jumped in the minute we rounded the trail to the lake. There are also bat houses along the lake… I only know this because I discovered what bat houses look like at Tolt-MacDonald last month. I’m glad we went, although it was shorter than I would have liked. We would have explored more if there was signage; it was a bit confusing which trail led where. And distances would be nice. There is no cell service… not that we needed any, I just like being able to call someone if there’s an emergency (the mom in me).

Everyone enjoyed themselves. I like our new weekend plan. 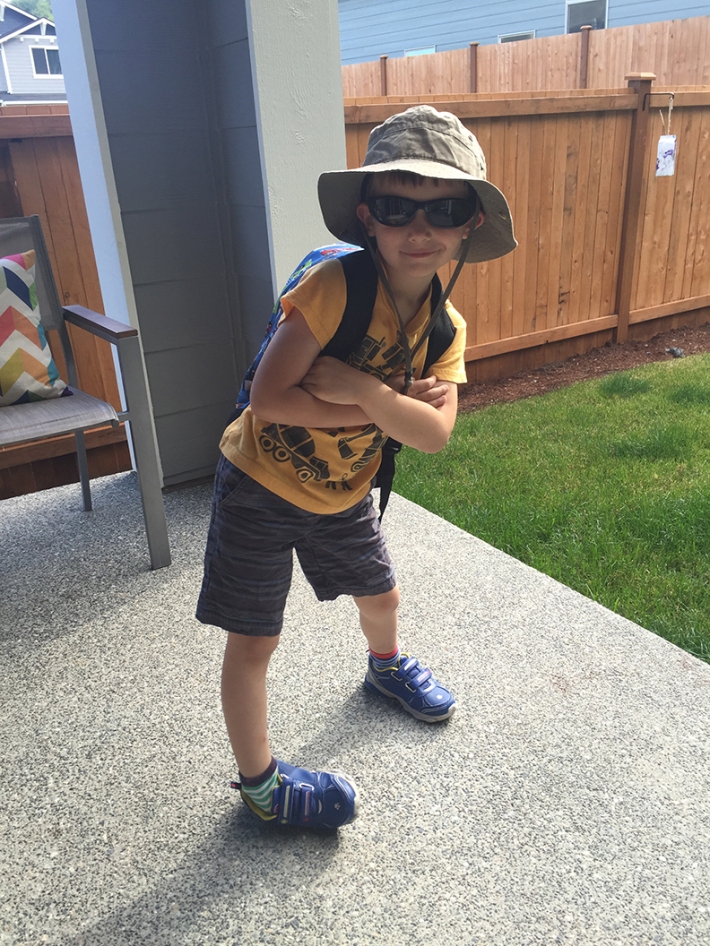 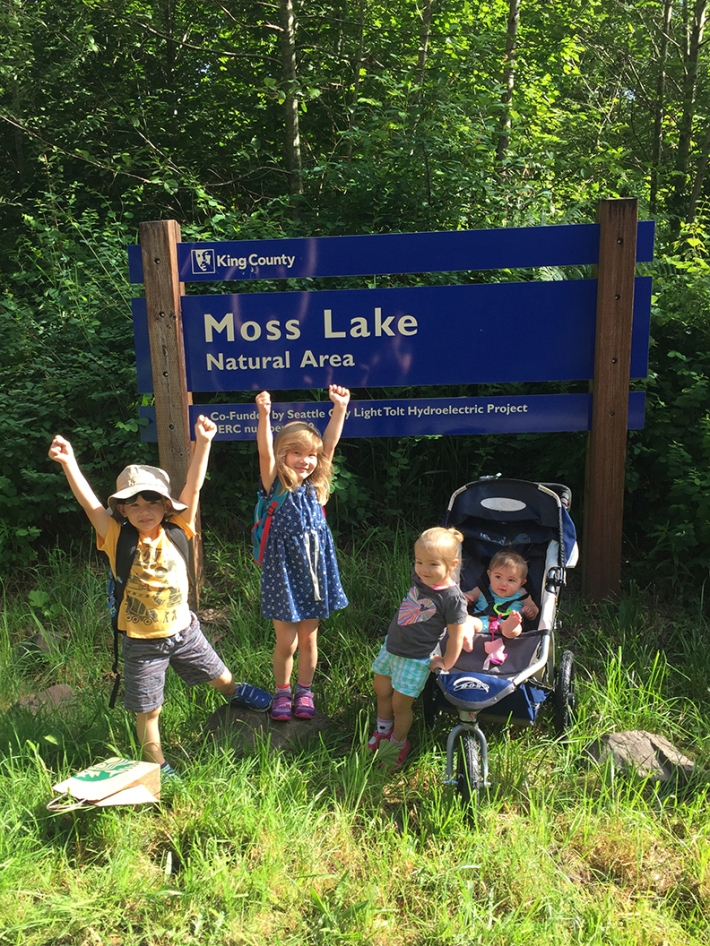 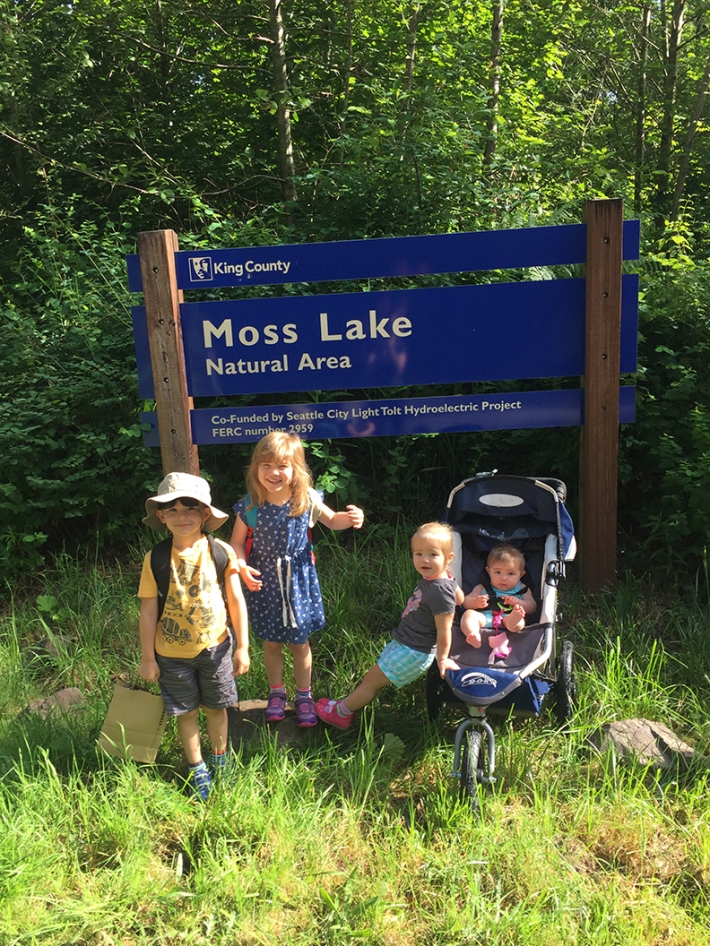 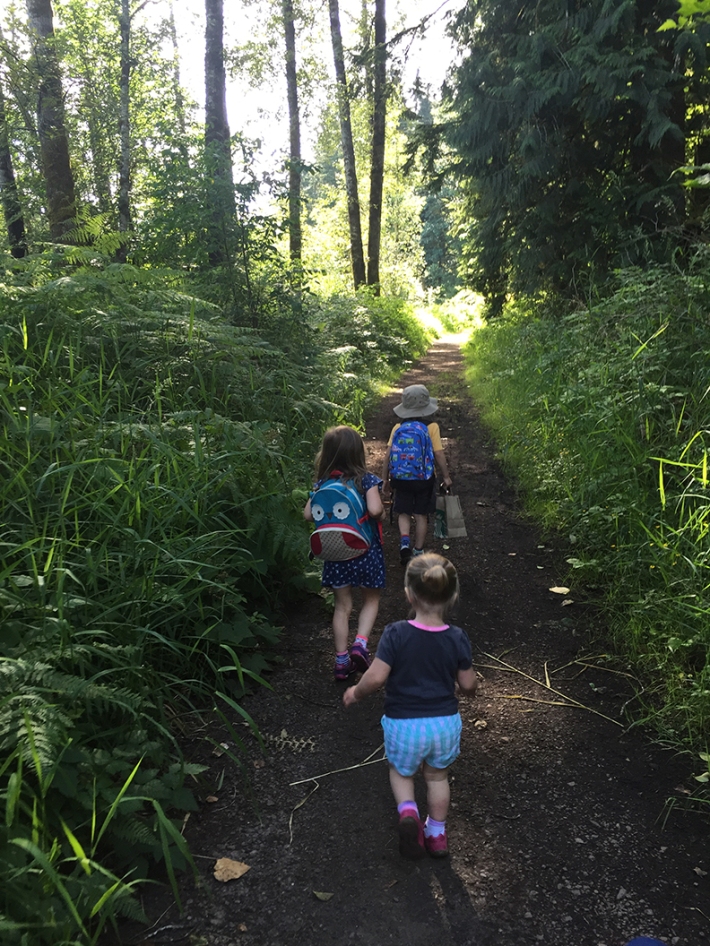 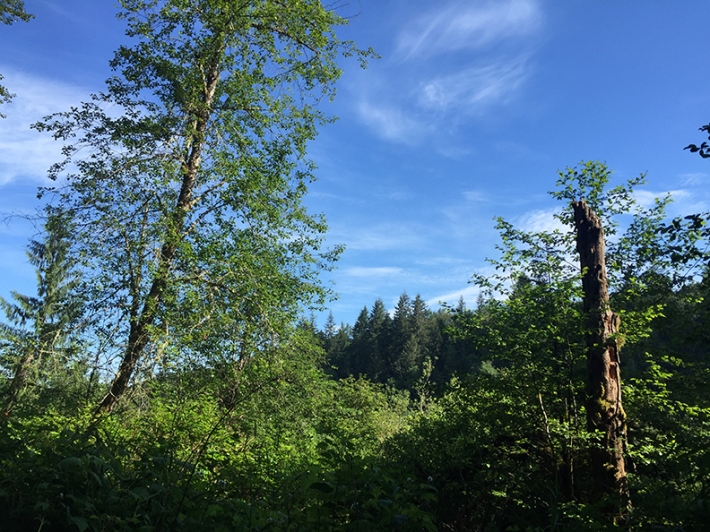 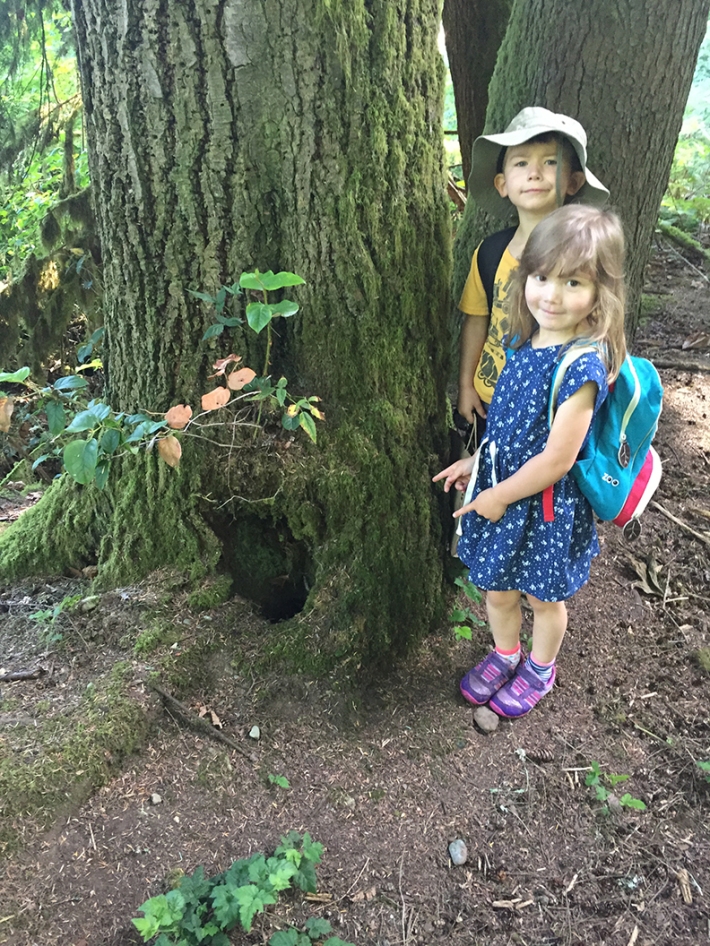 A hole in the tree. 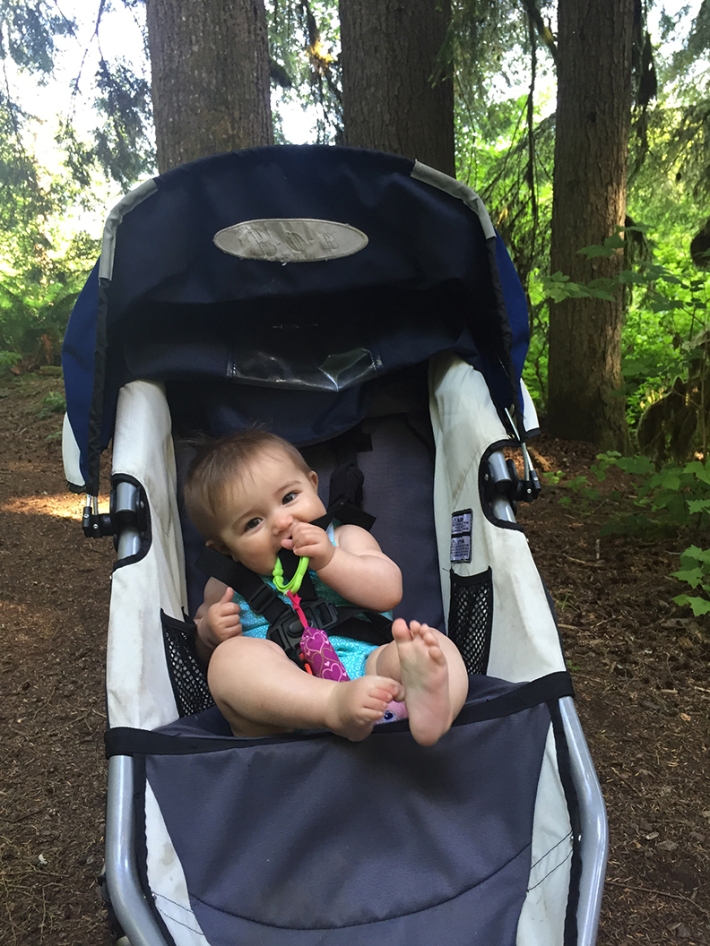 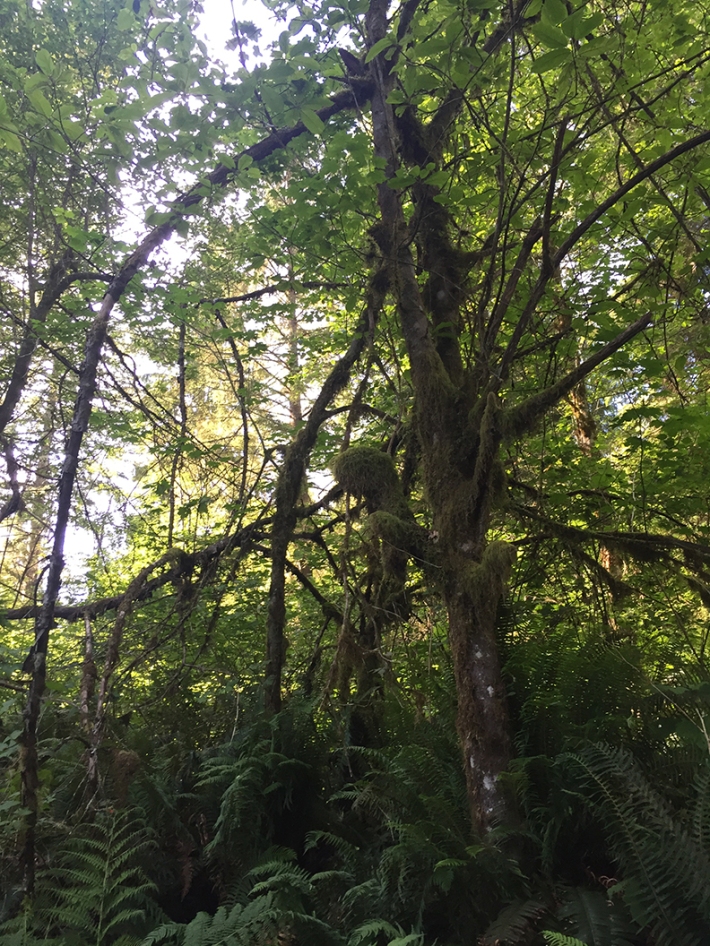 A mossy tree according to Laine. 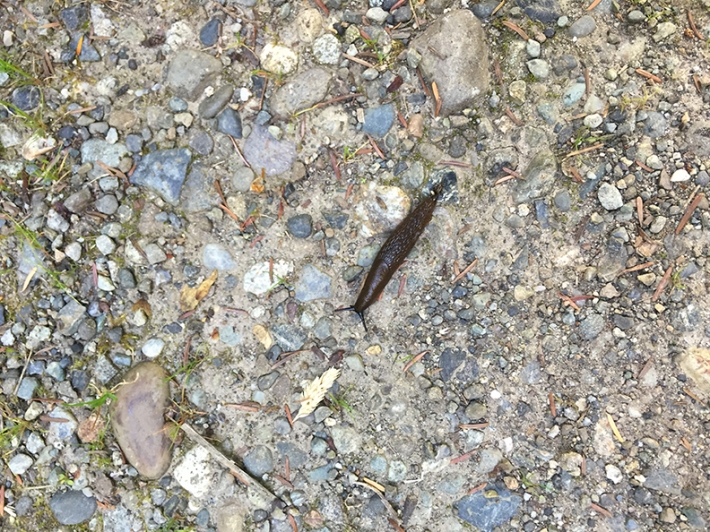 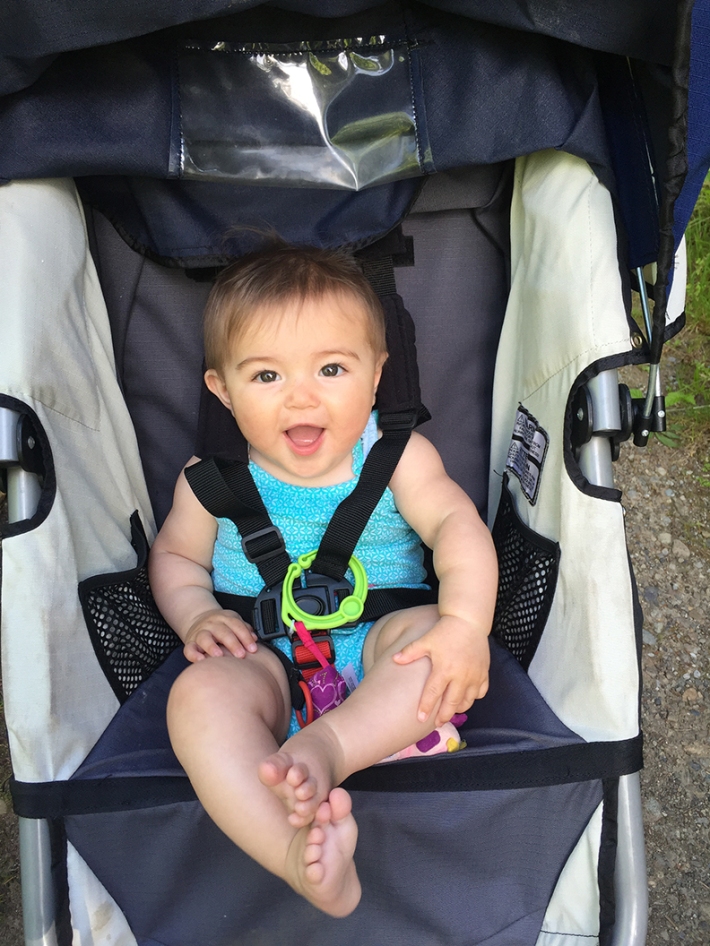 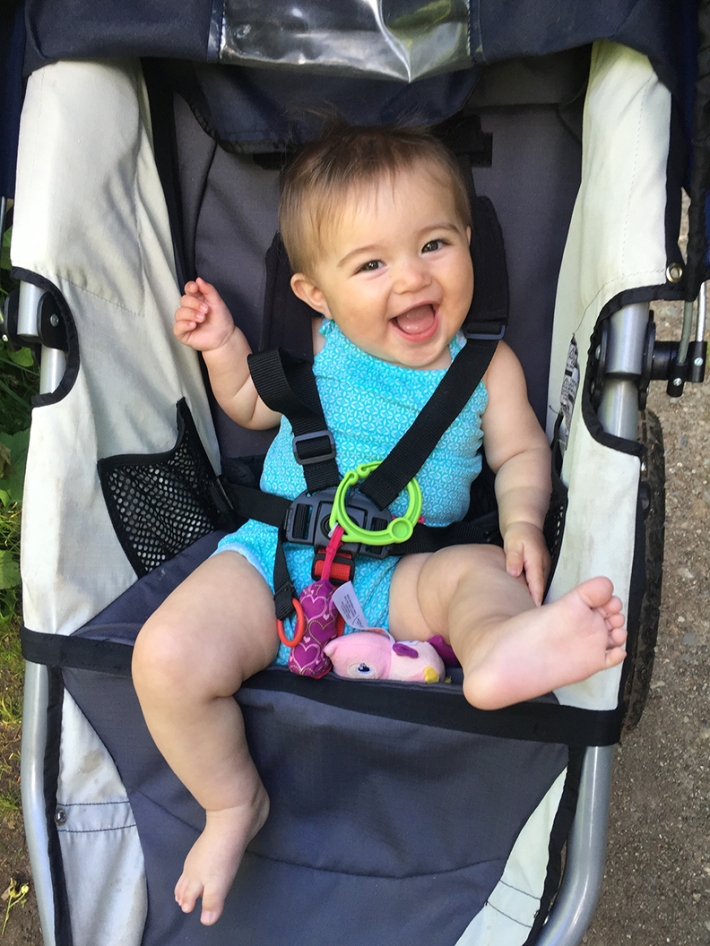 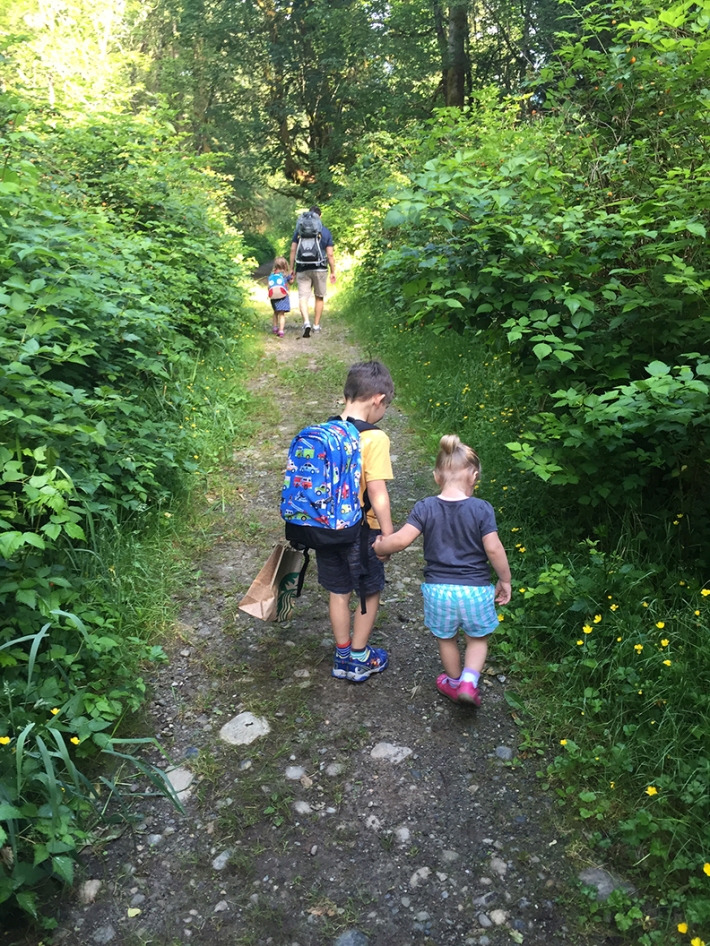 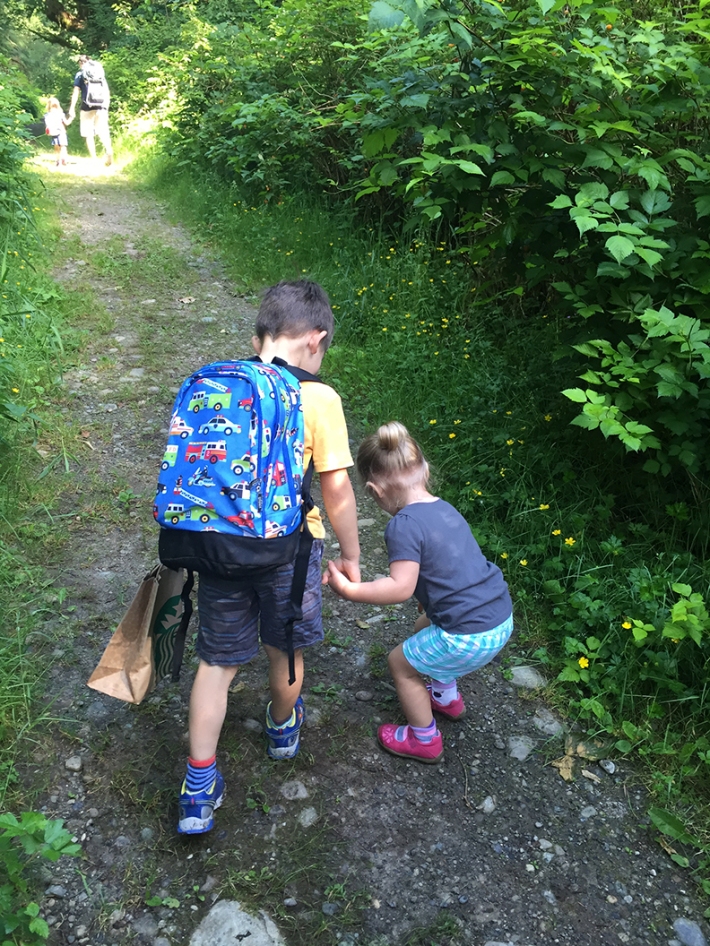 Blaise and Saige found a slug. 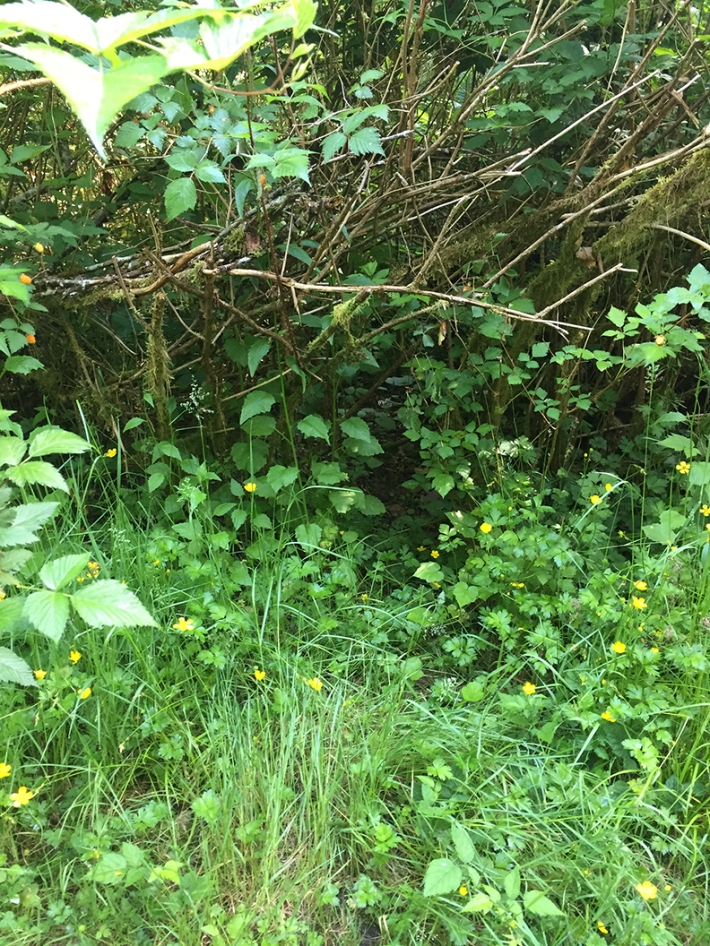 A burrow picture, as requested by Blaise. 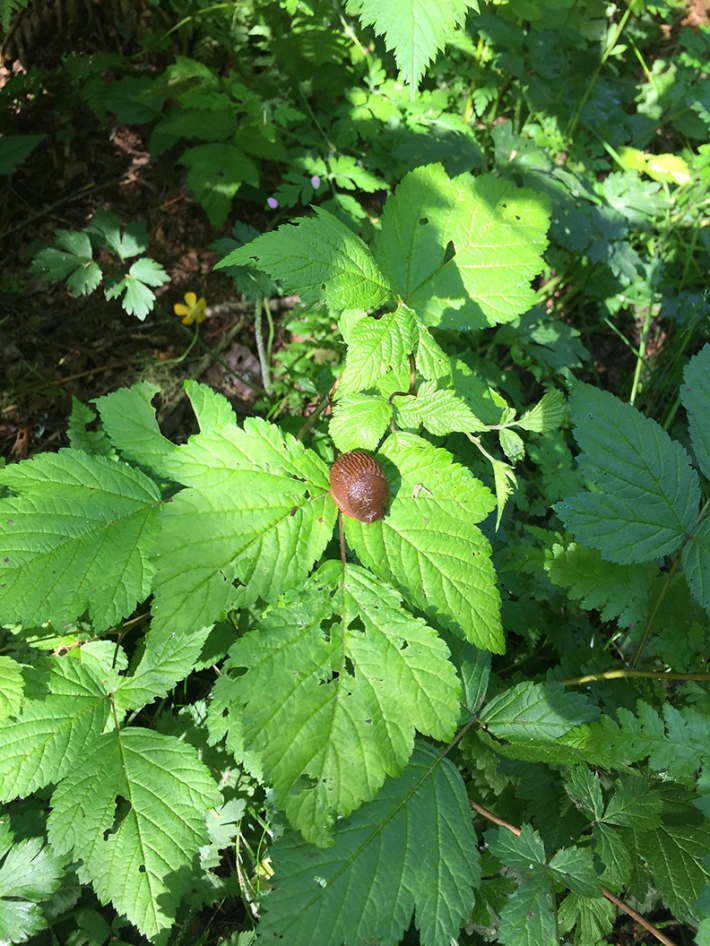 Slug on a leaf. 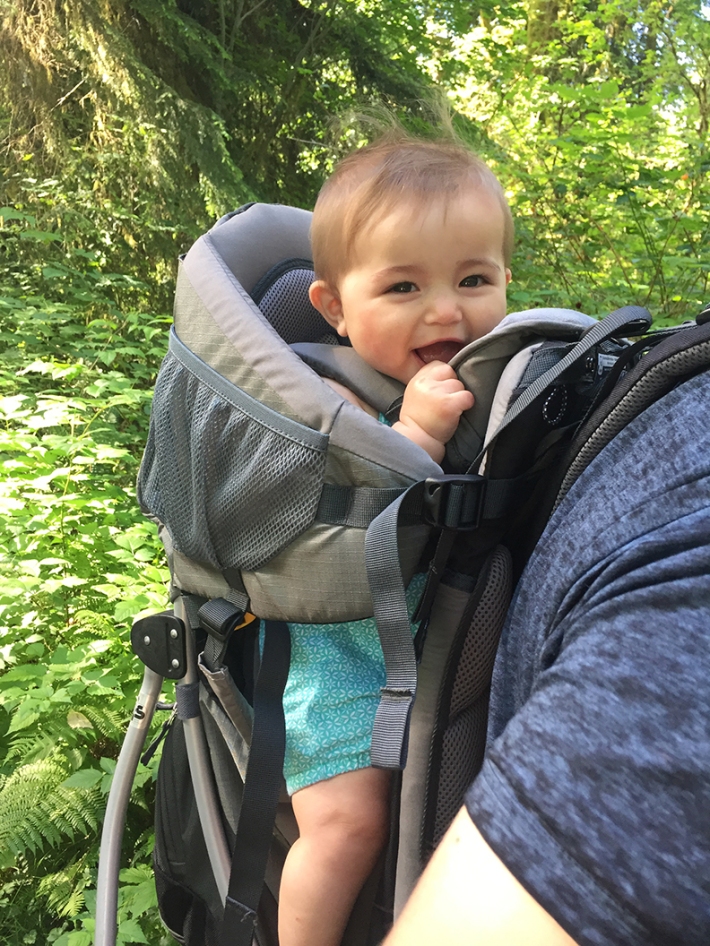 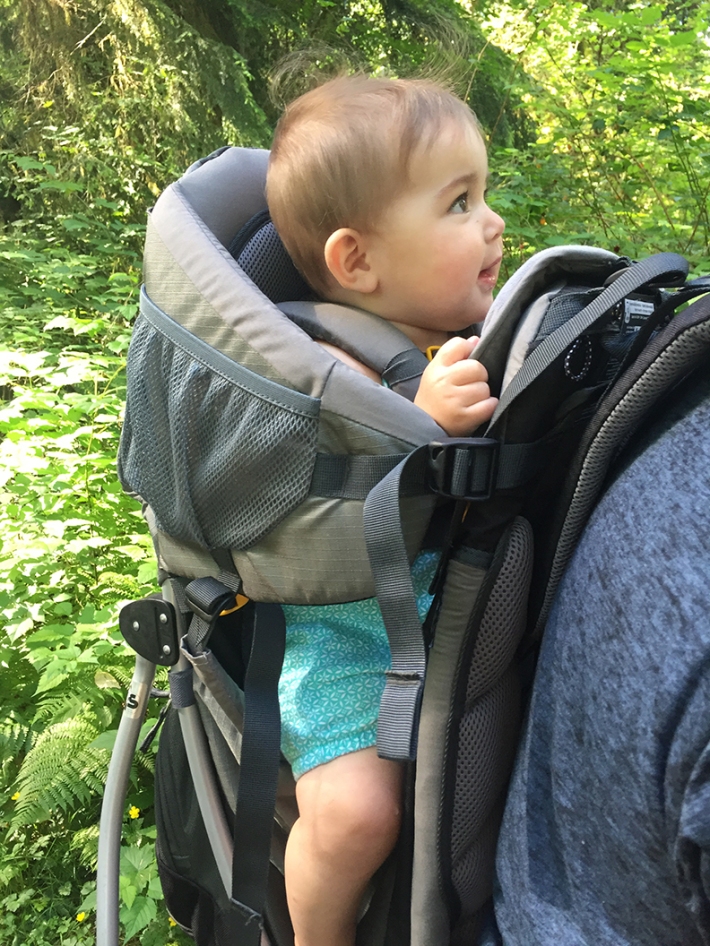 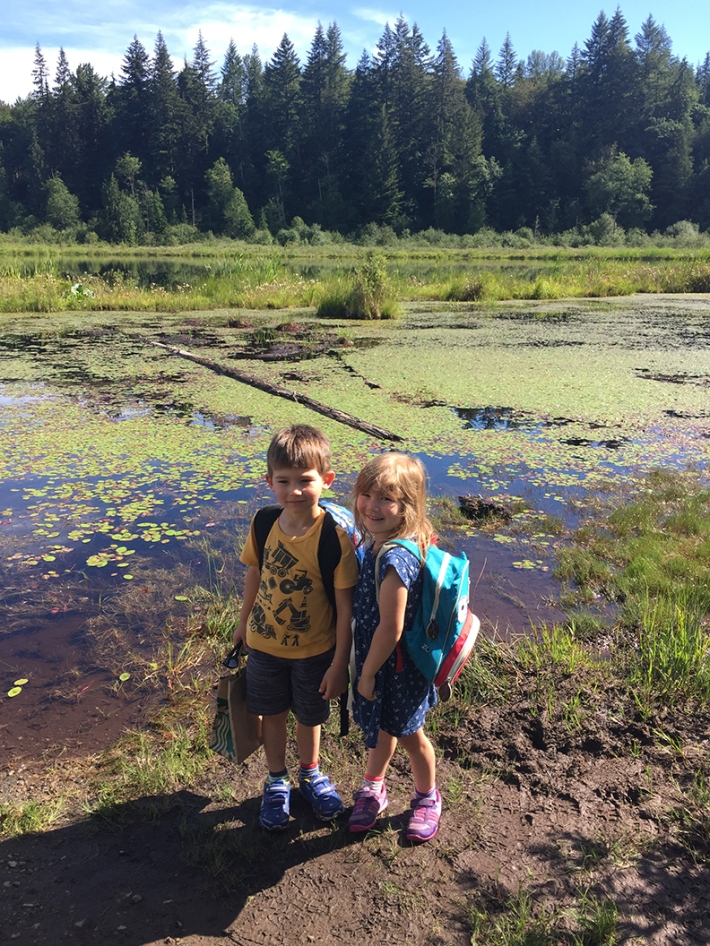 We made it to the lake. 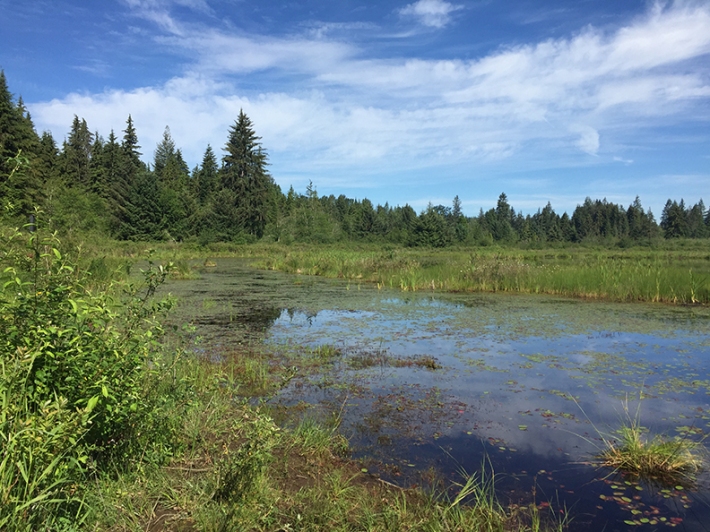 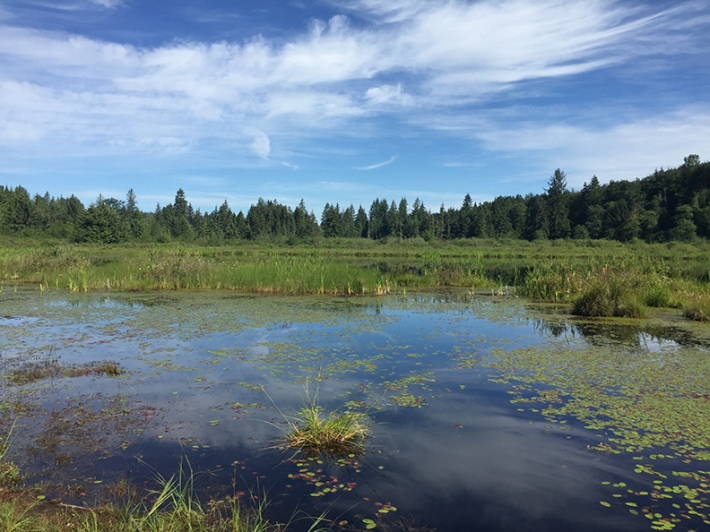 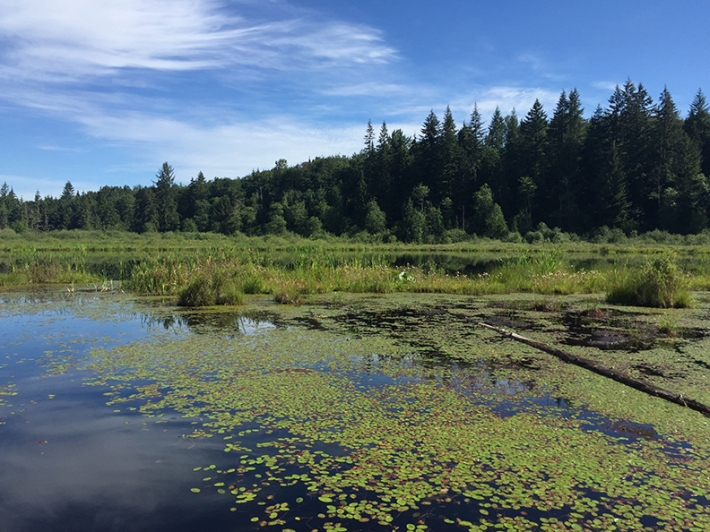 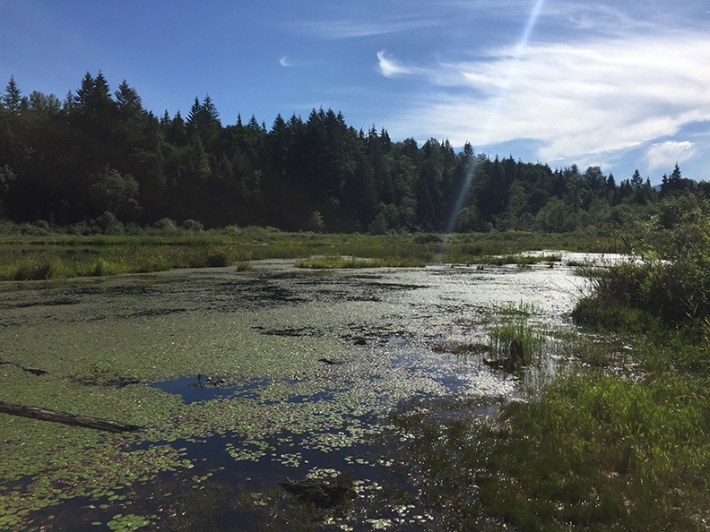 Last of the lake. 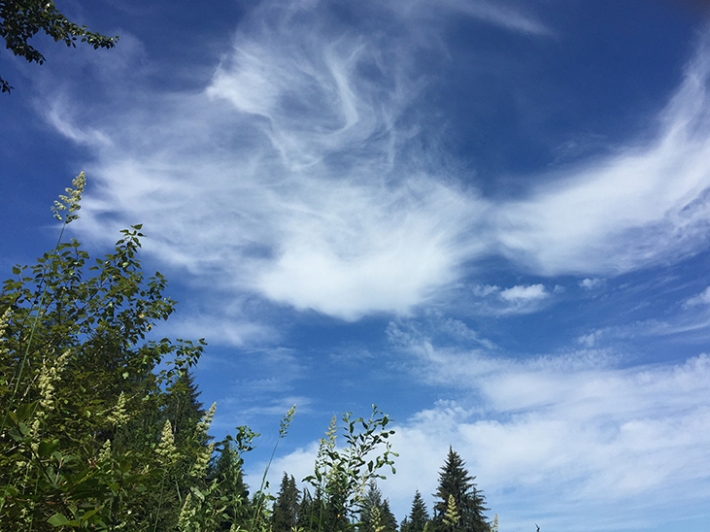 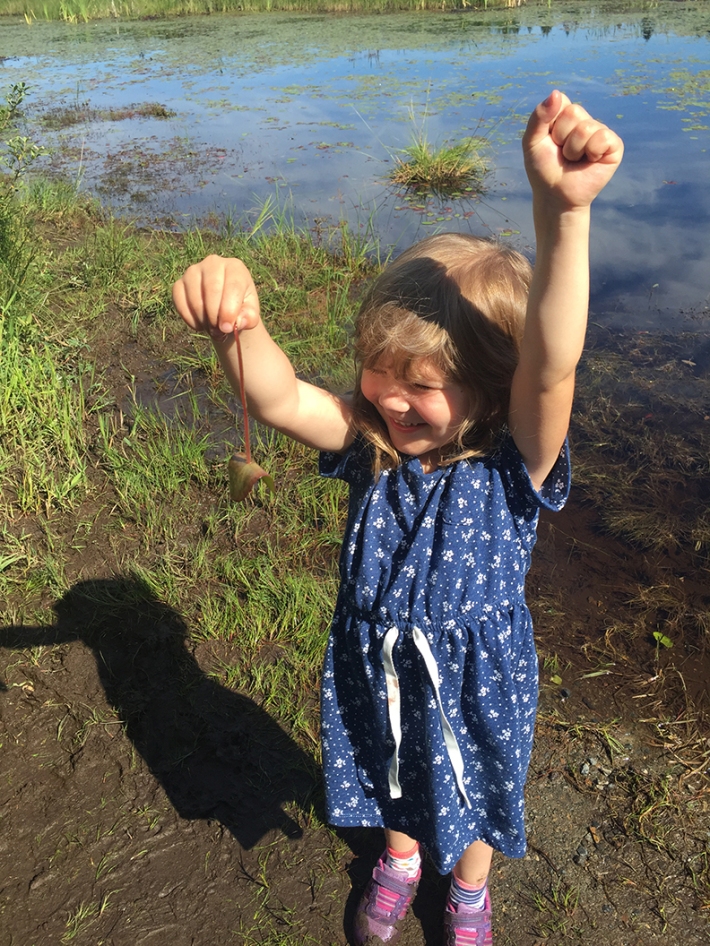 Laine found a lilypad. She was pretty excited. 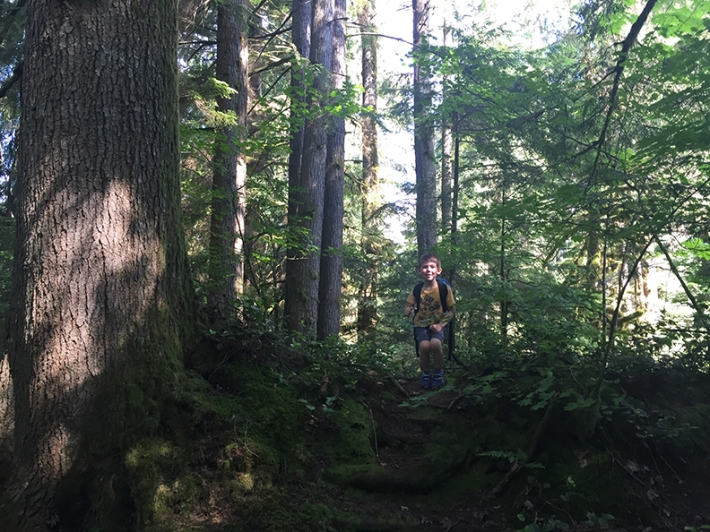 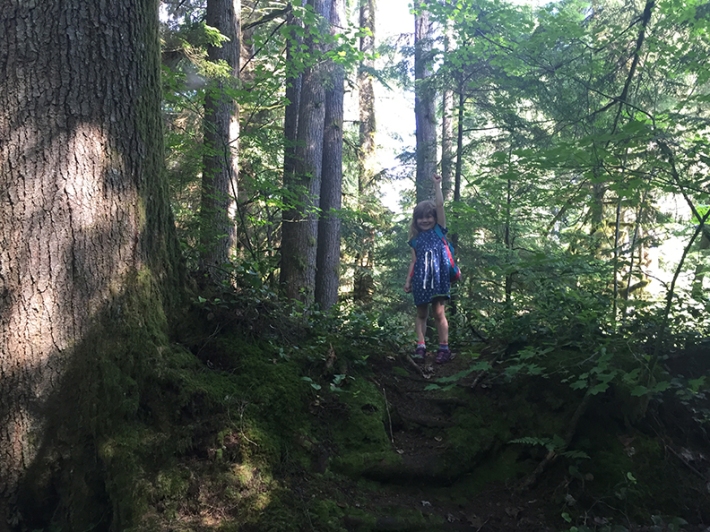