July already and we’re just now getting around to filling our weekends with family outings. We were caught up with weekend kiddo activities and finishing our around the house list, which we pretty much have. Only a few lingering items—nothing pressing—so family adventures are the weekend plans now.

Last Sunday, the beach at Dash Point State Park. A sandy beach. Such a nice change from the rocky beaches up here. And only about 45 minutes away. A friend recommended checking out the beach because of the copious amounts of sand dollars. Alive sand dollars. I remember sand dollars from my childhood beach memories in California. We always found their skeletons after they died, when they turned a very light, beige-white color. I wanted the kiddos to store some sand dollars in their memories also. And there were a ton of sand dollars. Dark, alive ones. Cute little suckers. 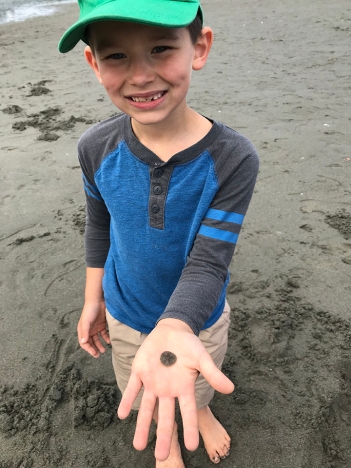 Brian has memories from his childhood beach days of finding air holes in the sand and digging to find what’s underneath them. The kiddos took this on as a challenge, trying to find anything and everything under air holes. Mostly clams. They were very gentle with the little suckers, making sure they put them back. Saige took a different approach, drawing Xs on the sand and digging for treasure… which there was almost always something under the X. Mostly shell parts. But always something that made her keep drawing Xs to find more treasure. 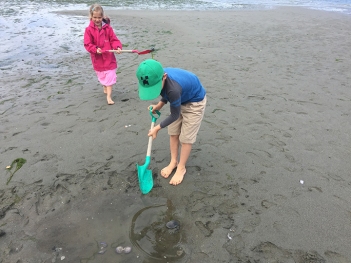 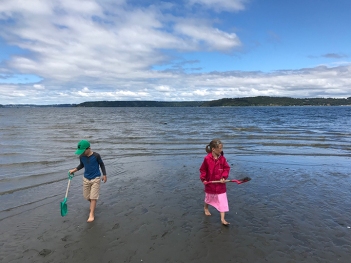 We happened to be there at low tide. I’m not sure we could have planned it any better. The beach felt big. Especially seeing the ripples in the sand where the water is at high tide. And there was a boat barely hanging on with a small amount of water underneath. Even while we were there the tide kept going out. There was a log in the water when we first got there and within an hour, the log was on the beach… the log didn’t move. And so many small tide pools were visible on the sand when the tide went out. All with a ton of sand dollars in them. And not tide-related but we were hanging near the water when a Bald Eagle came down to fish for its lunch. Not that I wanted to see a poor fish be chosen to die, but it was super cool seeing the wingspan of the Bald Eagle so close. I’m not a very patriotic American but I sure love a Bald Eagle. Majestic suckers. 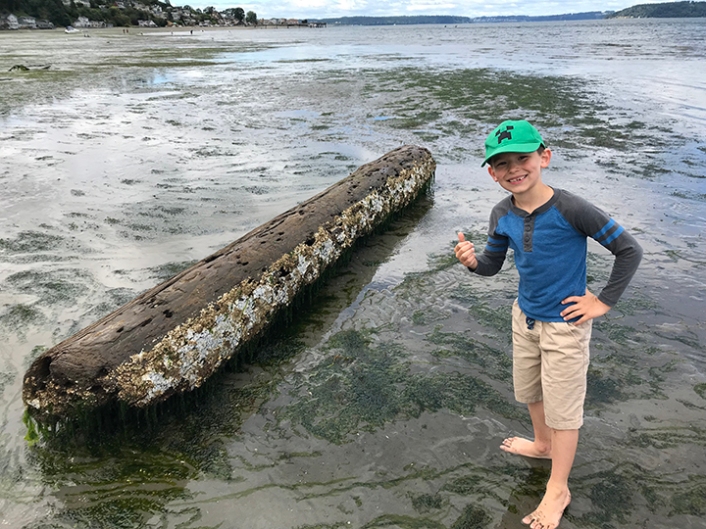 Each kiddo beaches in their own way. Blaise is the explorer and social butterfly. He likes to investigate everything and invite anybody who walks by to join him. Everyone is an instant friend to him. Laine likes to hang close to us, maximizing quality time. She also doesn’t like to miss out on anything so she runs between hanging with us and checking in with Blaise on what he’s doing. Saige is in her own world. She likes to play by herself. When she wasn’t digging for treasure, she was busy eating bread with a gang of birds around her. She was in a rare, mellow and quiet mood. Baby was Baby. She was wild and rambunctious… she’s late to embrace the two-year-old thing. But even her wild is fairly tame compared to the other kiddos’ two-year-old phases. She sticks close to us and does her own thing. Being the fourth, she can always find someone to play with if she wants. She liked digging in the sand and snacking the most. And bonus, she decided to start potty-training herself—I don’t potty-train—and was wearing undies for the first time out and about. She did an amazing job. No accidents and she was able to tell us when she needed to use the restroom. 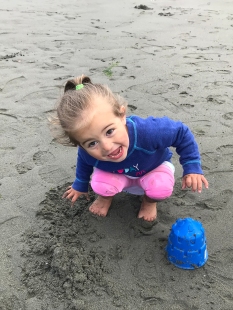 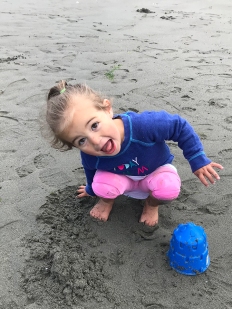 Brian started drawing random faces in the sand. The kiddos added their own touches. Laine focused on the facial features while Saige made bodies. Sand face drawing led to tic-tac-toe and hangman. 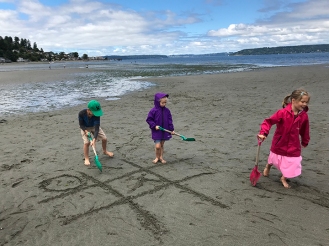 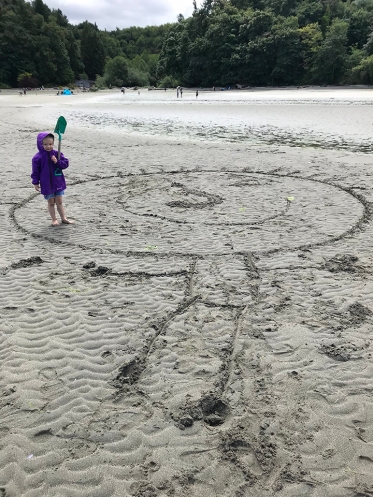 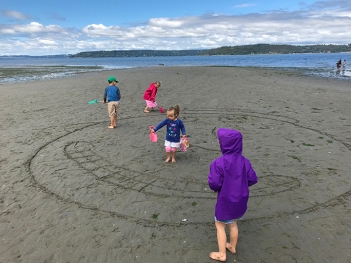 It was a really nice family outing. I don’t feel like we do many outings with all six of us. We keep busy out and about, but it’s usually the kiddos and me on a weekday, or Brian and the older two on a weekend… it’s rarely all of us together doing something that doesn’t involve errands. We’re changing this and visiting Dash Point was a nice way to kick off this trend. Now to keep up on this. 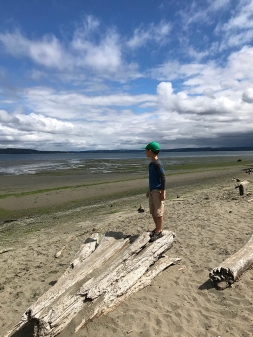 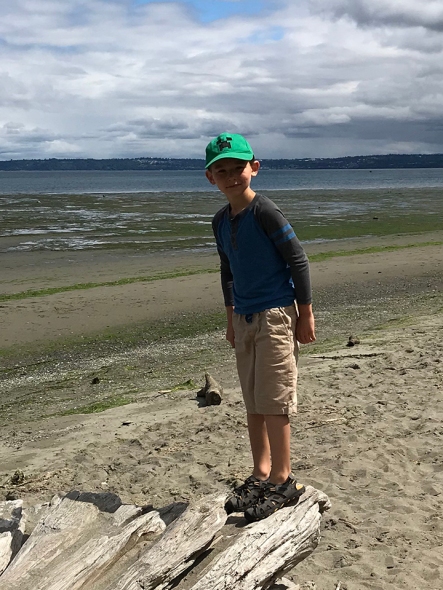 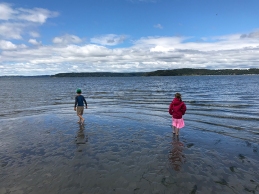