Blaise is eight! Like I say every kiddo birthday… that saying about the days are long but the years are short, so true. It’s crazy how quickly kiddos grow up. It feels about right and yet I’m not sure where the past eight years went?! We are so lucky to have this guy as our kid. Every parent says this. If I had to pick his top quality—no need to list them all, just look at any other parent post about their kid and those apply to Blaise—I’d say it’s his empathy. This kid is so in tune with others’ feelings. He’s a wonderful example to follow.

We had been in Legoland a few days before his birthday, and then traveling on his actual birthday. When we finally made it back home, the eight-year-old was still not feeling well. We celebrated with a small cake a few days later when he felt better and had an appetite again. 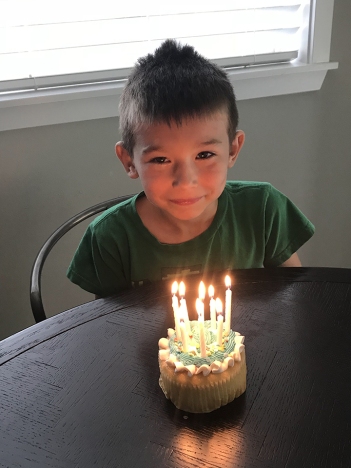 The Saturday after we got back from California, we had his birthday party. I’m a planner. He decided on a ninja warrior party back in June, and the place where we held the party didn’t even have their September calendar ready in June for me to book. Hahaha. It worked out; we booked in early July. Blaise was so excited. He finally felt better and, well, it was his birthday party. I don’t know any kiddo who doesn’t get super excited for their party.

I’m all about having parties places now. We did home parties last year, and they were lovely. But going somewhere, so much easier. The kiddos had an hour in the gym and then we had 45 minutes for cake and whatever else we wanted to use the space for. We ended up opening gifts. When I was a kid, everyone opened gifts at birthday parties. Now, it’s almost wedding-like, where the gifts go home still wrapped. I’m not sure how I feel about this. I get it. Sometimes time doesn’t allow. But I know my kiddos enjoy watching the birthday kiddo open the gift they selected for them. I leave it up to the kids, and of course they want to open them.

Blaise had a blast at his party, and Brian and I were happy he had such a great time. And selfishly, we were happy to check off another birthday party. From July until October, we’re in birthday season. Laine, check. Blaise, check. Saige, the next weekend. 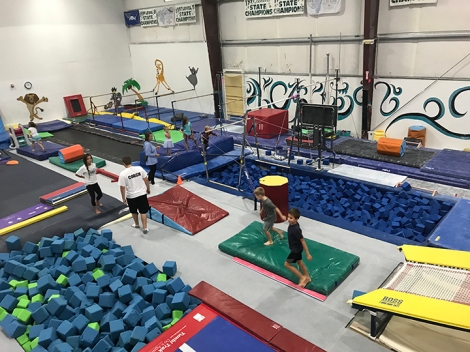 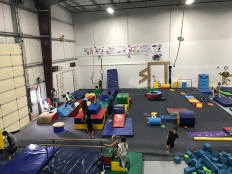 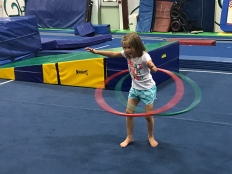 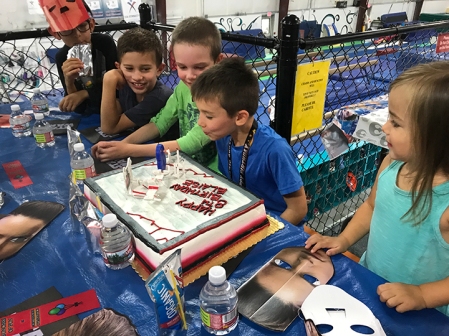 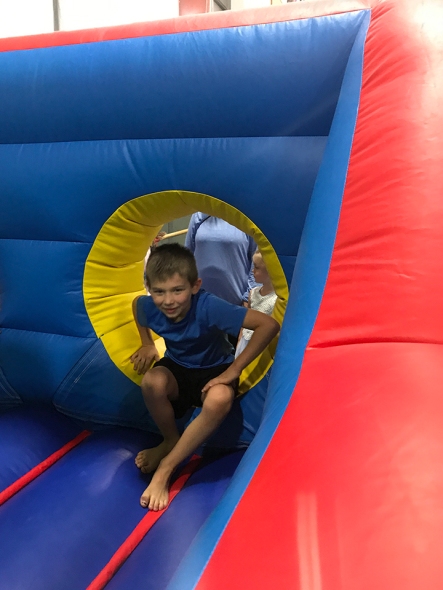