Blaise is six! We celebrated his birthday much like last year. A trip to Chuck E. Cheese’s for dinner followed by cake and presents at home. Earlier in the day we went to Ebright Creek Park for almost four hours of park play with some fellow homeschoolers. I think it’s safe to say Blaise had a fabulous birthday.

The morning excitement of being six. Birthdays are a pretty big deal when you’re young. Notice the gifts up high. He has the exact same skill I have that drove my mother nuts. I can guess gifts from examining the packages. Every time. I now understand why it drove my mom nuts. 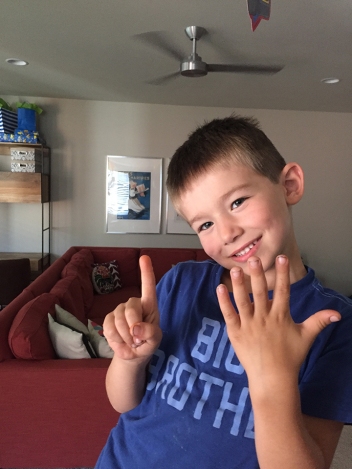 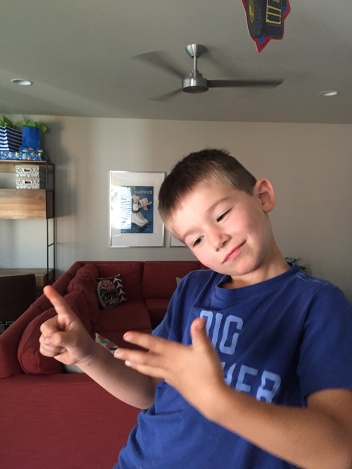 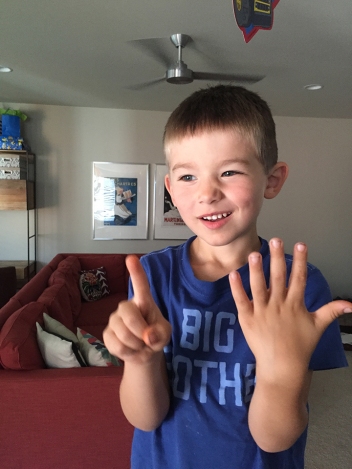 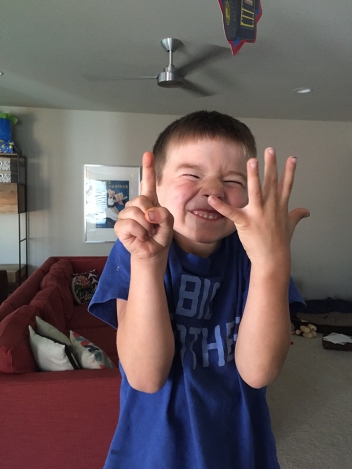 Vaile at the park, about to get her scoot on.

Blaise was all over the place at Chuck E. Cheese’s. No interest in stopping for pictures and he was too quick moving from game to game to catch him. 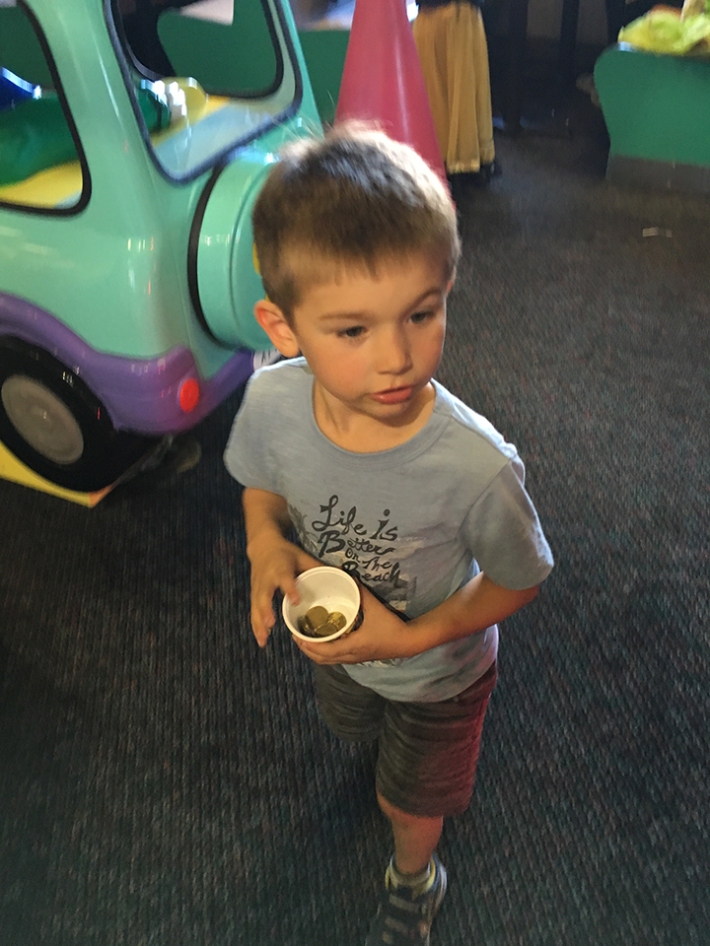 Saige wasn’t too into the rides there.

Laine, on the other hand, loved the rides. Although maybe slightly too big for some. 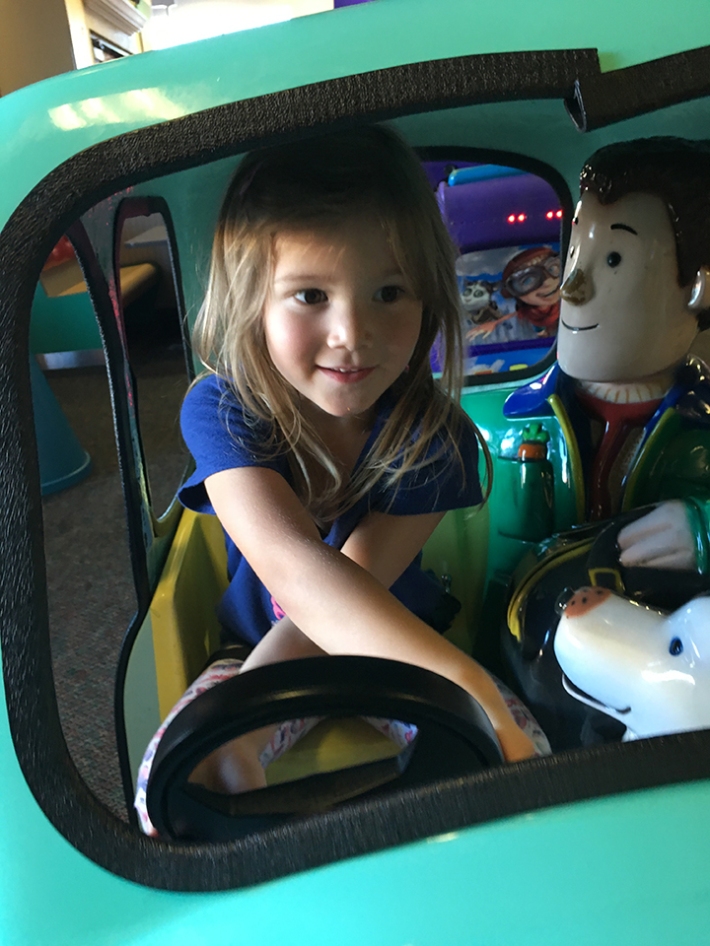 Saige did love the games.

And the slides are always a hit.

The birthday boy back home, ready for cake. 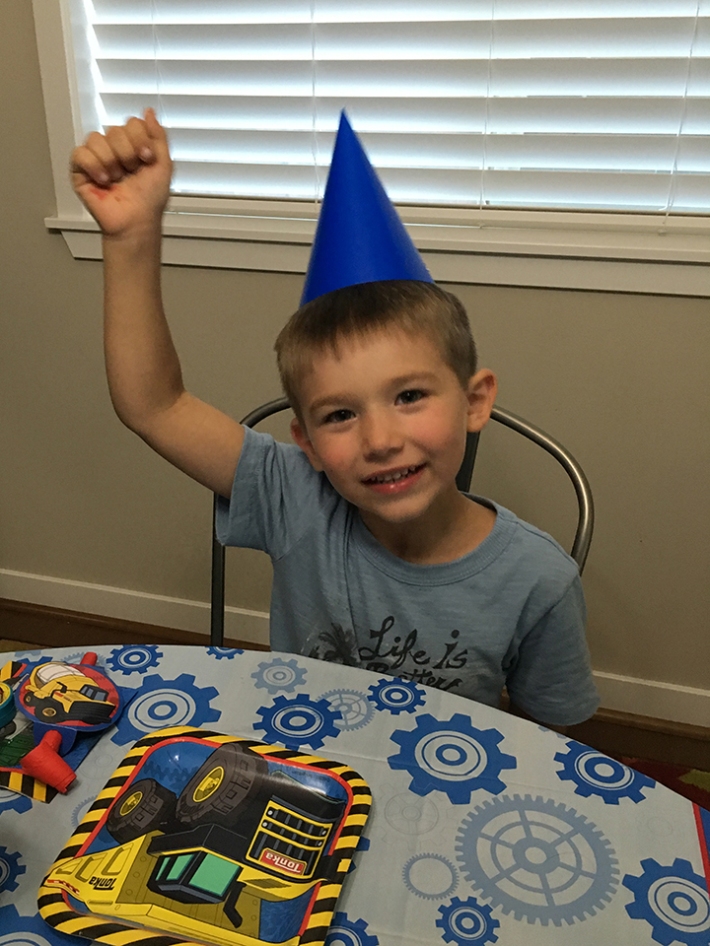 The cake. They cake he selected from the book was a fire scene with a rescue helicopter, ambulance, road blocks, and whatnot. They didn’t have that decoration kit so they worked with Blaise to pick out other vehicles to put on the cake. Not the prettiest example of cake decoration but the kiddo was happy, and that’s what matters. The cake was tasty, too.

Vaile is a lucky duck. Not even one and she’s had cake for each kiddo birthday. She has no complaints. 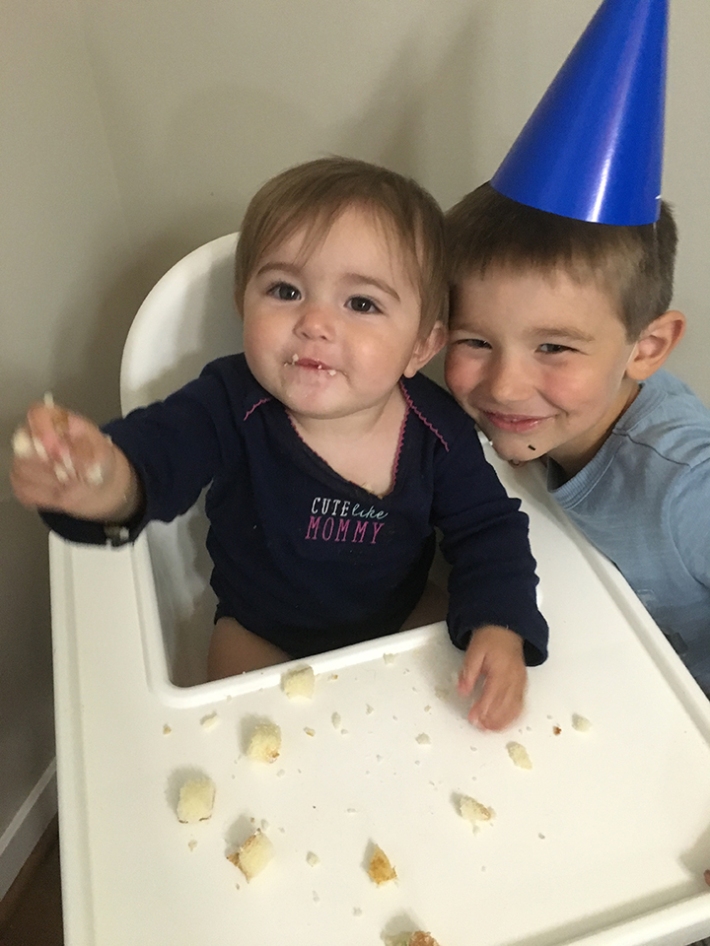 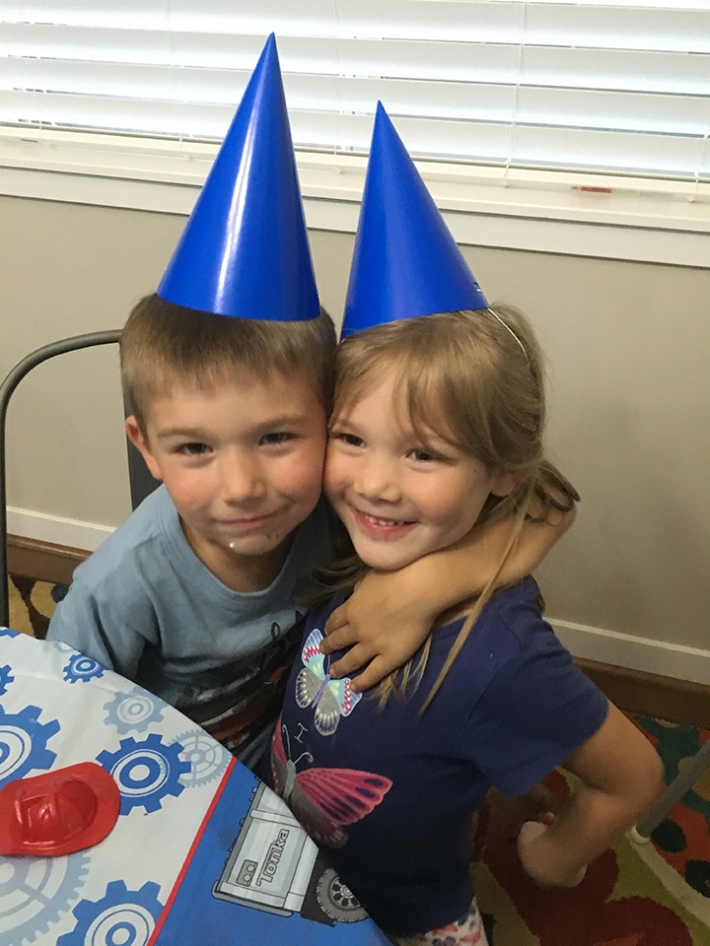 This is the face of a tired toddler after playing at the park for four hours, going to Chuck E. Cheese’s for two hours, and celebrating at home for another two hours. I’m not sure how she managed to keep her eyes open.

Present time! The night before as Brian was decorating the dining area, he asked me if I had bought gifts. Um, I totally forgot. Off to Target I went at 8pm… while I was there, I bought gifts for Saige’s birthday the week after. Planning ahead, haha. 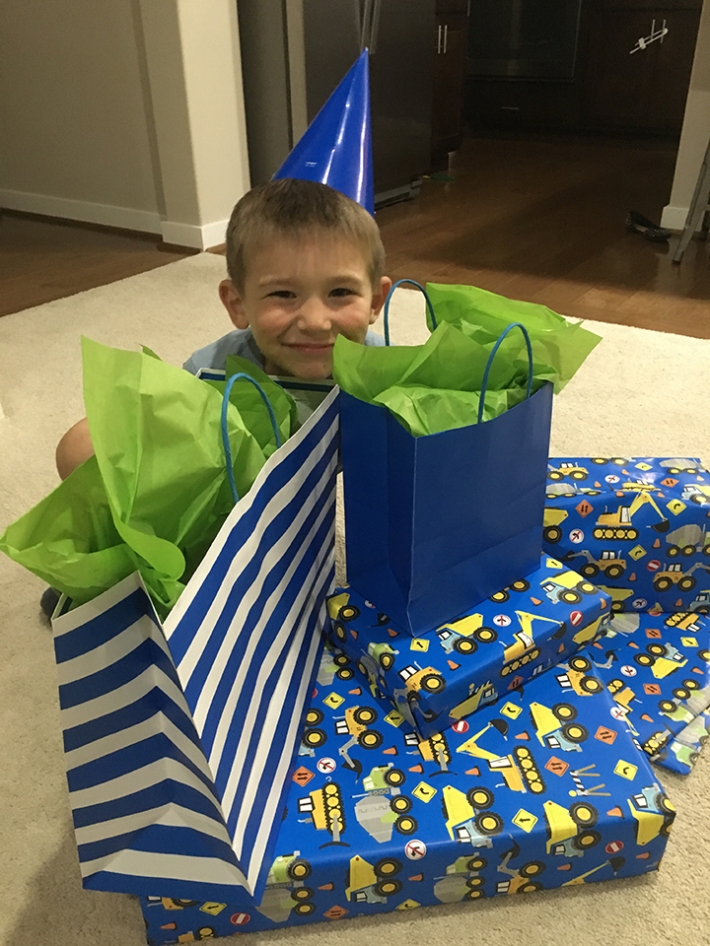 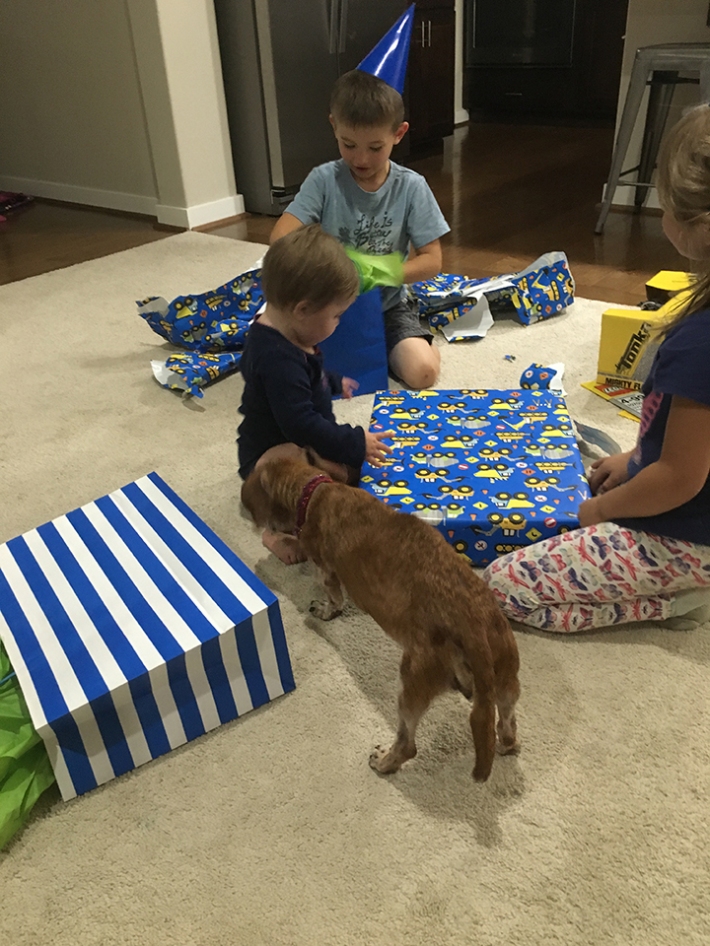 Another semi-last minute, successful birthday down.